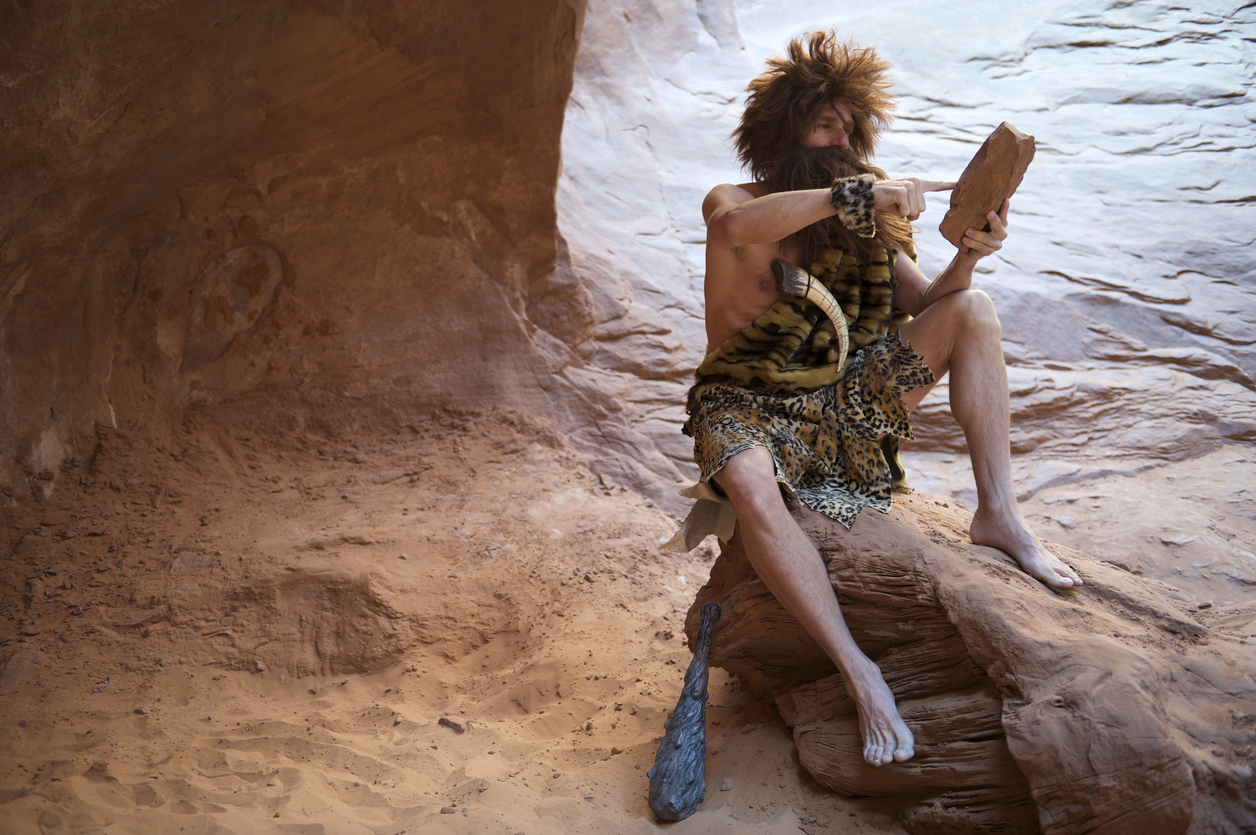 Location: The African Savanna Date: Fifty-Thousand Years Ago A group of prehistoric hunter-gatherers are seated around a fire, their bellies full with the bounty of a successful hunt. Gorg, the alpha-male, recounts proudly how he threw the sharpened flint-tipped spear at the running antelope, resulting in the animal's immediate death. Spared the typical hours of tracking an injured beast under the hot sun, the hunters enjoyed a rare easy day, expending few calories yet consuming many. Parg, a young member of the tribe, interrupts Gorg's boastful tale of success:

--"Parg not great hunter like Gorg. Not ready to throw spear."

A disappointed Parg presses his case:

--"Parg go on hunt every day but never get to throw spear. When Parg throw spear?"

Wondering how long he'll have to endure his narcissistic mentor's lectures, Parg asks:

--"From rising of sun to setting of sun, until the rains come."

Defying the odds of extinction, this metric is still very much in use today, demanded by governments, regulatory bodies, and some learning departments that are still doing things the way they did 30 years ago. There was a time when instructor-led courses ruled the learning world. Self-paced learning was limited to reading the textbook assigned by the course's instructor. Do you want to become an electrician? No problem. That will take X number of hours of classroom-based learning in your local community college. Workplace learning has since undergone a massive transformation. I recall interviewing the head of learning and development at Motorola in 2000, immediately after the dot.com crash. She recounted that prior to the crash, 95 percent of their learning activities were classroom-based and instructor-led. Motorola employees were sent to remote locations to learn what they needed to know. A year later, tight budgets had transformed their strategy to providing 95 per cent self-paced content. Classroom-based courses were replaced with consuming "e-learning" at a desk between phone calls, meetings, and checking Compuserve over a 2400 baud modem. The Hours of Learning Completed metric now makes very little sense. Learners today are provided with a multitude of learning activities including:

With so much content now self-paced, tracking time spent is irrelevant and a waste of time. For example, if Jane completes a self-paced course in one hour and Jim completes the same course in two hours, has Jim benefited from twice the learning? Is Jim one hour closer to obtaining a certification than Jane? Complicating things even more, what if speedy Jane aces the final exam with a 98 percent and slow-poke Jim scrapes by with a paltry 58 percent? Jane is understanding and retaining the information more than Jim. What benefit does the Hours of Learning Completed metric provide in this scenario? None.

If you work in an industry or location where government and regulatory bodies still demand reports showing hours of learning completed by your learners, consider assigning credits or points to courses based on estimates of the required time needed to complete the course. For example:

From here, you can easily demonstrate which learners have met the Hours of Learning Completed requirements, regardless of how long each individual learner took to complete the learning.

Now that you can solve the Hours of Learning Completed metric, what other features should you look for in your LMS?

Every use case varies slightly, but there are 3 features that everyone should have. Download our guide to The 3 Most Important LMS Features.